In a BPF program, we use a BPF_MAP_TYPE_PERF_EVENT_ARRAY map to communicate with userspace. Initially, for our BPF program, we set the locked memory limit to be infinity:

However, in a recent change, we updated the limit to 512MB. After that, our control plane program failed to start.

After some debugging, I found the failure was because the call to mmap returns EPERM, which means “Operation not permitted”.

The problem was solved but there remained one unexplained mystery:

According to this piece of code, CAP_IPC_LOCK capability was requested because locked memory size is larger than the limit, which implied that the new limit, 512MB was not enough. While debugging the issue, I tried increasing the limit to 4x, 7x, even 10x of 512MB, but the problem was still unsolved. That means, even 512MB * 10 = 5GB memory was not enough! How could it even be possible?!

Since the problem was locked > lock_limit, I wrote a bpftrace program to print these 2 values when perf_mmap is called:

The following is part of the output:

Note: the unit of above numbers is page and one page is 4KB.

Surprisingly, after only 4 calls, locked grew larger than lock_limit!

To debug the issue, let’s take a closer look at this piece of code in perf_mmap:

This piece of code is a bit involved. Let’s first look at some key variables:

As per bpftrace log above, its value is always 3 (pages) so it can also be considered as a constant.

This is the limit we changed from infinity to 512MB. In other words, it’s also a constant.

Its value is vma->vm_mm->pinned_vm + extra, which is increased by extra per call.

So why is extra so big?

After setting perf_event_mlock_kb to 512MB, the issue was solved without requesting CAP_IPC_LOCK capability. Because in this case, extra is always zero thus locked is never increased.

You still smell something strange, don’t you? At least I did. Think about it, even if locked keeps increasing, how come it can grow bigger than a huge limit such as 5GB?

As mentioned before, locked is increased by extra per call. And extra becomes non-zero once user_locked > user_lock_limit. However, in each call, user_extra is just 3 pages (12KB) but why is locked increased by 112MB? Shouldn’t it be increased by 12 KB per call?

After carefully examining the code again, I found the bug hides in the following lines:

That is, for every call, ALL historical user locked memory is added to pinned_vm instead of only increased memory. Because we call mmap (# of CPUs times), pinned_vm and locked quickly exploded.

There are two solutions to fix the issue

We chose solution 1 because sysctl config is a host-level config but we don’t want to have host-level requirements when running our container.

Given that the intention of this code is, “whatever that can’t charge to the user (user->locked_vm), charge it to the process (pinned_vm)”, the logic of this function should be:

After I reported bug, Song fixed it in this patch. 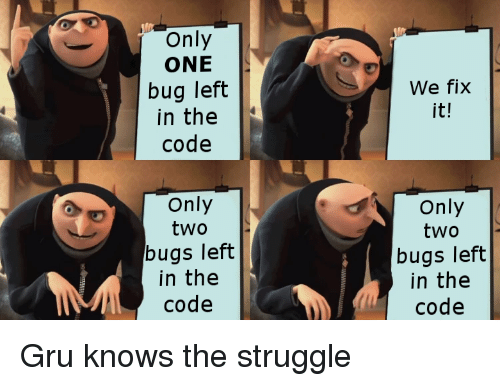