If you don’t want to shoot yourself in the foot, then don’t mess up with checksum in any way. But if you’d like to see a counterexample, keep reading this note written by lame me.

I have a ingress TC BPF program that modify a few bits in IP header and a TCP flag of certain incoming packets. It worked really well functionally. Until…

While testing the program, the following message was found in dmesg:

That was how I got pushed into the checksum abyss.

Root cause and solution

The message indicated a checksum error. I asked tcpdump to double check but he said checksums are fine. Then I realized that the ingress TC BPF program runs after tcpdump and before kernel receiving the packets. That can explain why tcpdump didn’t have a problem with checksum but kernel complained.

The root cause is clear: the ingress BPF program meddled with bits in TCP/IP headers but didn’t fix the checksum. The solution also seems to be simple: JUST FIX THE CHECKSUM.

What more frustrating was, in the end, a simple BPF_F_RECOMPUTE_CSUM flag passed to bpf_skb_store_bytes (which is used to modify bits) did the trick.

How does checksum work?

Before digging into more details, let’s have a look at how checksum works. The following diagram is a very good illustration. 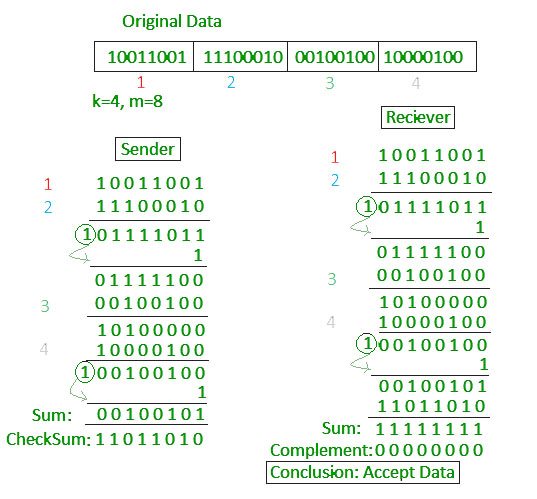 One more puzzle to solve

While debugging, I found one thing interesting - though the error was printed, the packet wasn’t discarded so that the processing continued. Why?

Since some inline functions are not shown in the stack trace above, I will just “flatten” the logic of the call stack here:

When the error is printed, the following conditions must meet:

In human language, this piece of code means,

“If I am running, that means checking the skb->csum provided by hardware (NIC) against psum (I will talk about it later) must have failed. Screw you, hardware! (error printed) But you know what, I recalculated the skb’s checksum and it’s indeed correct. Let’s forget about hardware error and continue!”

The hardware was undoubtedly innocent, it was my BPF program who commit the crime. So even if the packets were not discarded and connectivity was not affected, I still fixed the guilty BPF program to prove hardware’s innocence.

While I was celebrating yet another closed case, I had no idea what the criminal was up to. 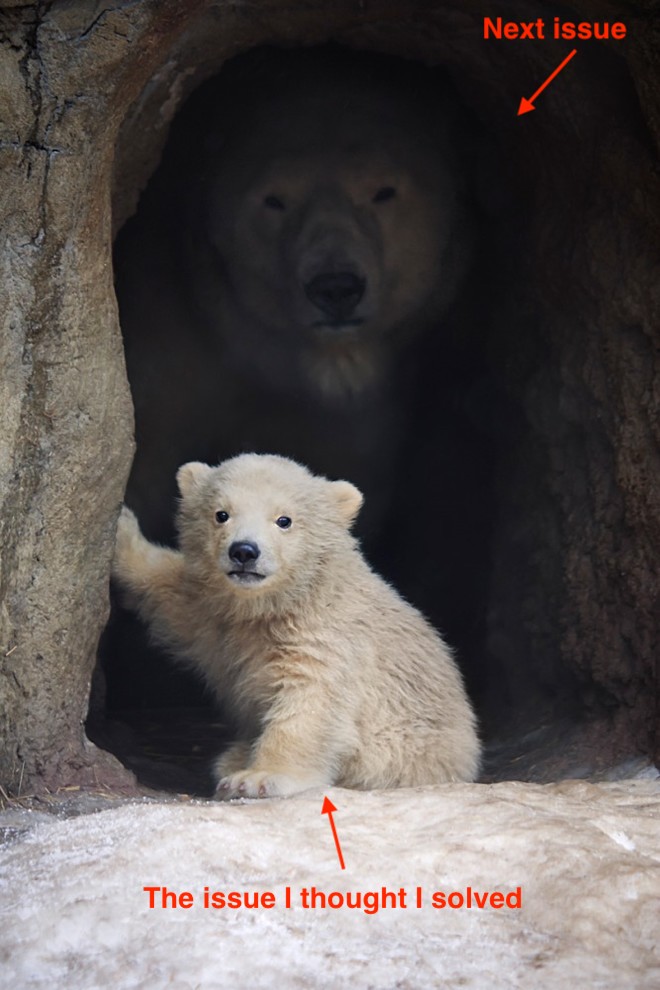 Checksum is fxxked up, again?

While deploying the BPF program, I found that InCsumErrors kept increasing once the program is attached.

I can’t talk about kernel debugging without mentioning my best buddy - bpftrace. This time again, with its help, I was able to narrow the issue down to the following stack:

The stack is same as previous issue. However, this time, there is no error message in dmesg and the packet IS discarded, causing a retransmission. In tcpdump, what I saw was the following sequence:

After hours of browsing kernel code without any major findings, I decided to use the not-so-scientific yet effective way of debugging - try out different things hoping to find a working solution and pray to god to increase the success rate. 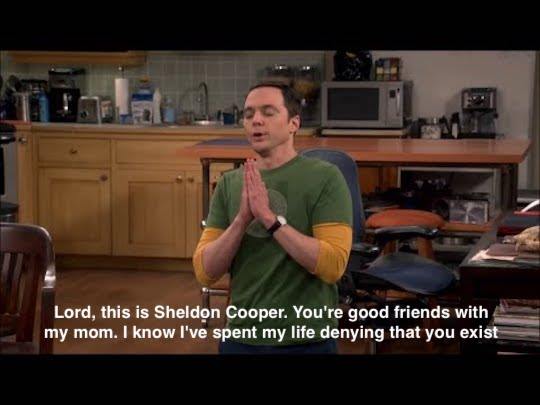 (An example of scientist praying to god when things not working)

The following table shows things I tried and their results:

Can you find some patterns?

At least two questions came out of this table:

The next goal is to answer these two questions and make sure I discovered a solution instead of a coincidence.

TcpInCsumErrors error happens because skb_checksum_init returns non-zero value. The call stack is a bit involved. So let’s flatten the logic again (Irrelevant code has been omitted).

One of the most involved pieces of code I've seen

I marked the two error cases in above code. We need to be very careful with the logic so that we can avoid both errors while messing up with checksums.

It calculates the csum of TCP pseudo header. The result is the psum we’ve seen above.

The following conditions must all be met:

The following conditions must all be met:

I will try my best to explain it. The key is, like the diagram above shows, TCP header also has a checksum. 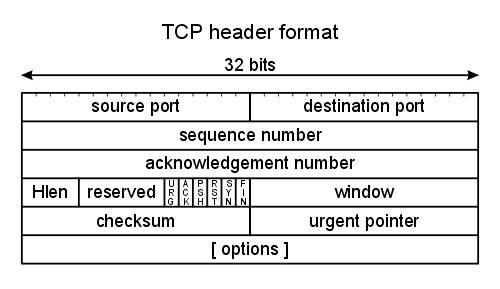 And the formula of calculating TCP header checksum is

skb->csum is a 16-bit csum calculated by NIC using the whole packet. That is,

If we do “~” operation on both sides, we get

Then we add tcp_hdr_checksum on both sides:

We can plug this into skb->csum

Keep this formula in mind and I will answer the two questions above.

Why “hw csum failure” if NOT recomputing csum for IP header change?

(For simplicity, let’s assume TCP header is not changed.)

In the kernel network stack, after IP header is processed, its csum is pulled out of or subtracted from skb->csum. Then skb->csum becomes

Now we know why in skb_checksum_init, skb->csum is checked against psum – because it’s the only variable left in the formula.

However, if the IP header is changed (say, a few bits in ip_hdr_16_31 are flipped) but skb->csum is not changed accordingly, then it becomes

Why “TcpInCsumErrors” if recomputing csum for TCP header change?

(For simplicity, let’s assume IP header is not changed.)

As you can see, if we don’t fix skb->csum when updating tcp_hdr_0_15, the first condition won’t be met and the code will return from the happy ending path directly.

Wait, isn’t this a hack?

Yes, I agree. Updating the TCP header but not updating its checksum and skb->csum sounds like a hack. The alternative is:

In this way, the diff in the TCP header and the diff in TCP checksum cancel out each other. The math will be

Since the result is same as not touching skb->csum at all, why not just using the hack?